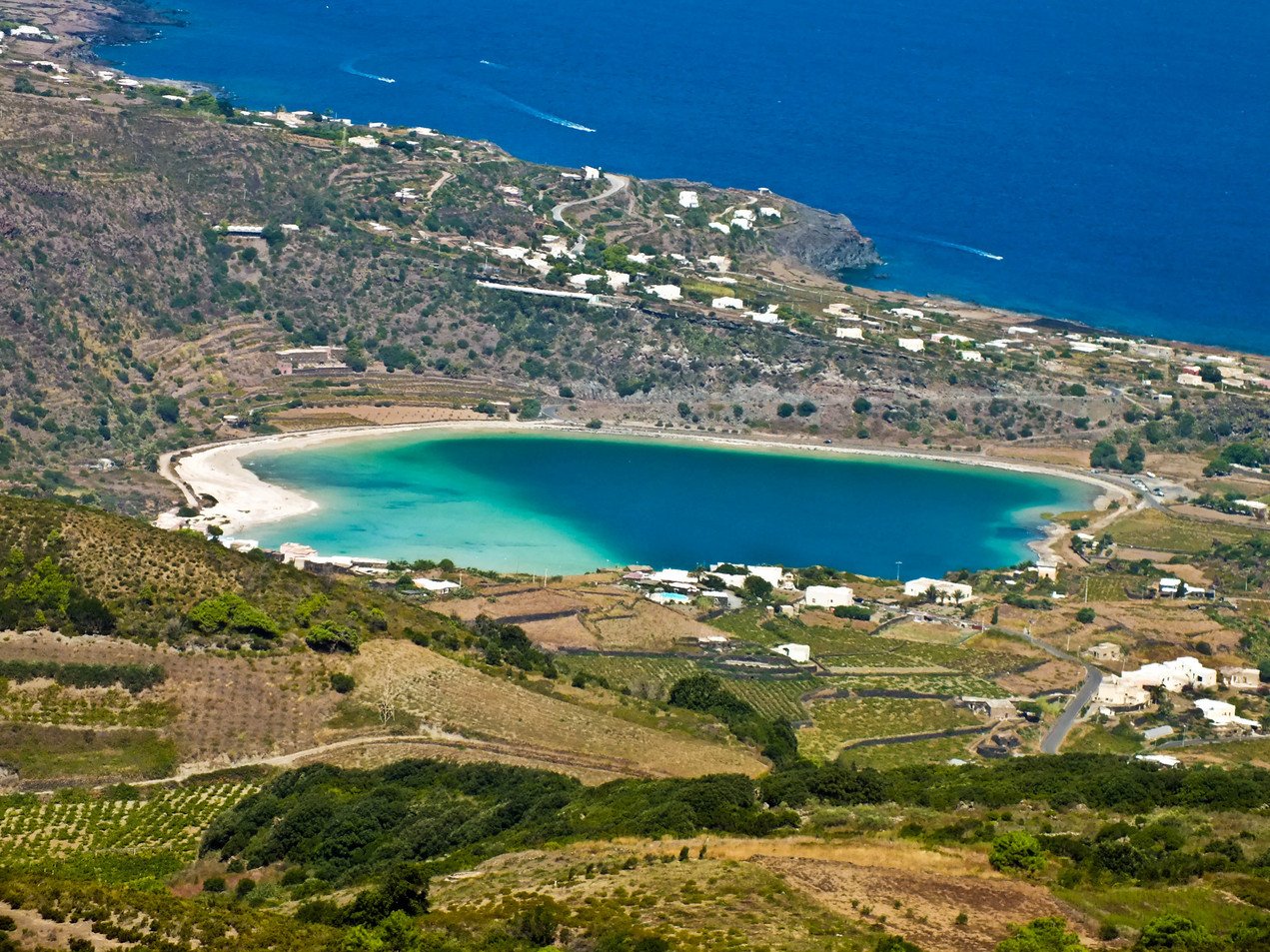 AS-107. A team of Thailand operators were expected to be active this past weekend as HS2JQC/p (Kim), HS0YNM/p (Mod), E20WXA/p (Chai) and HS1OLQ/p (Phatcharadet) from Ko Si Chang Island in the northern Gulf of Thailand. Their activity was to be on 40-10 meters using CW, SSB and FT8/FT4. QSL via their home callsign. AS-150. Members of the One Partner DX Club (OPDXC) will be active as BG4OP Lingshan Island, July 25-26th. However, operator Ma, BA4MY, will be in the RSGB IOTA Contest as a Single-Op/All-Band/Mixed-Mode/High-Power entry. QSL via BI4IIZ, direct or by the Bureau. 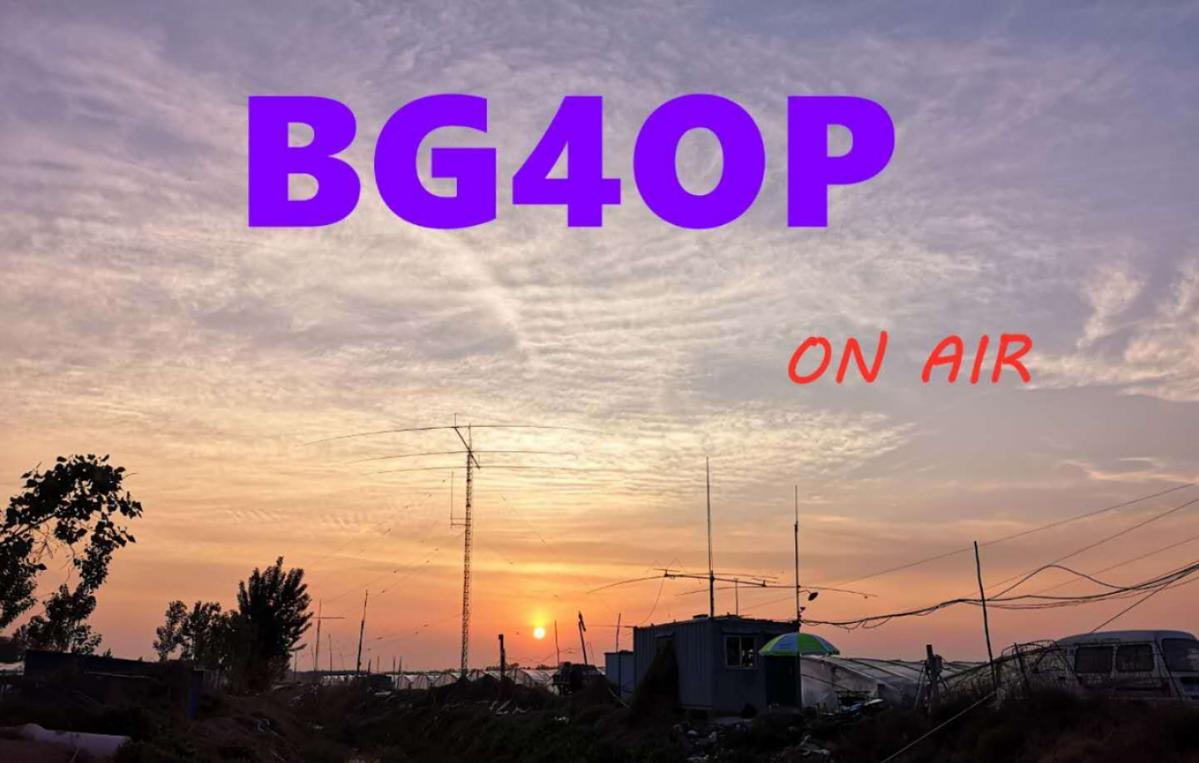 EU-001. Claudio, HB9OAU, will once again be active as SV5/HB9OAU from Karpathos Island, Dodecanese, between September 12-25th. Activity will be on 80-10 meters using SSB, RTTY and possibly FT8. QSL via his home callsign, direct, by the Bureau, ClubLog, eQSL and LoTW.

EU-028. Michele, IU2NKC, will be active as IA5/IU2NKC from Isola del Giglio, located in the Tuscan Archipelago, between July 12-25th. Activity will be holiday style on various HF bands. QSL via his home callsign, by the Bureau, LoTW and eQSL. 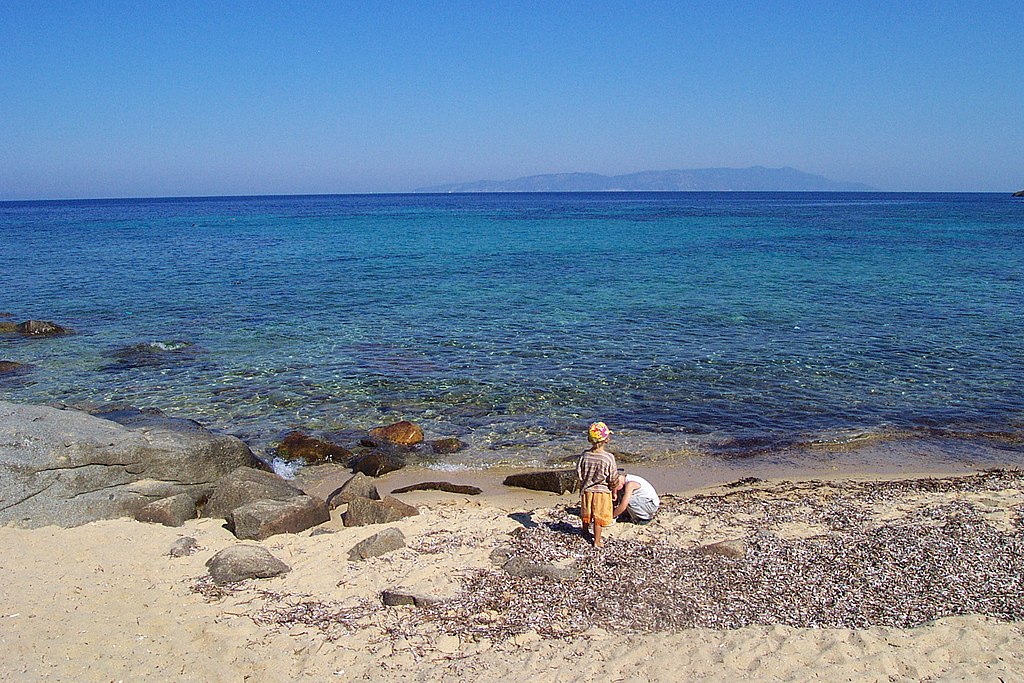 EU-042. Operators Joerg «Joe»/DJ1JB, Markus/DJ4EL, Thorsten/DJ5TM and possibly others are planning to be active as homecall/p from Pellworm Island (as well as some other surrounding islands; in the same IOTA group) between August 27th and September 3rd. Activity be on 40-10 meters using SSB with verticals and quad antennas. QSL via LoTW or their home callsigns. Look for more details to be forthcoming. 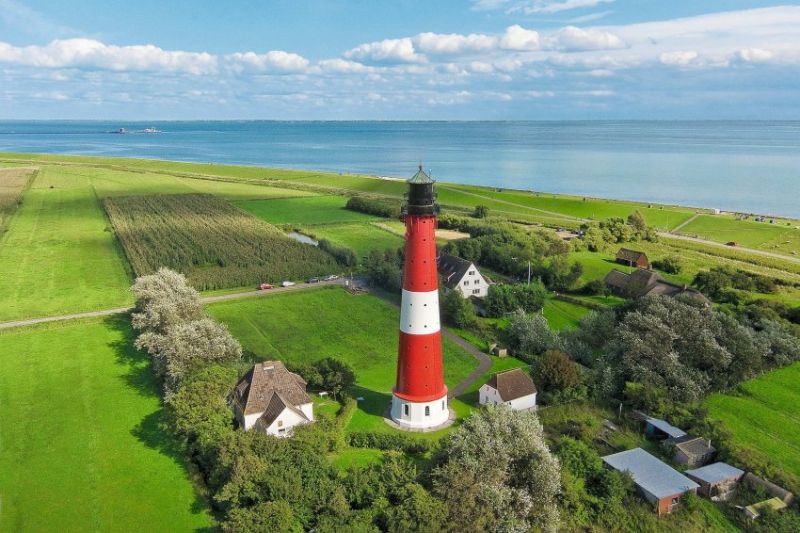 EU-055. Tom, LA4LN, is now active as LN1V from Stord Island (WW Loc. JO29QS), Norway, mainly on 6 meters using digital until mid-August. However, Tom does mention he does have antennas for 160m-70cm and can operate on all modes. The special callsign (LN1V = «Liberation Norway One Victory») is being used in celebration of the 75 years since the liberation from the 5 year long Nazi occupation in 1945 after World War 2. QSL via LA4LN. 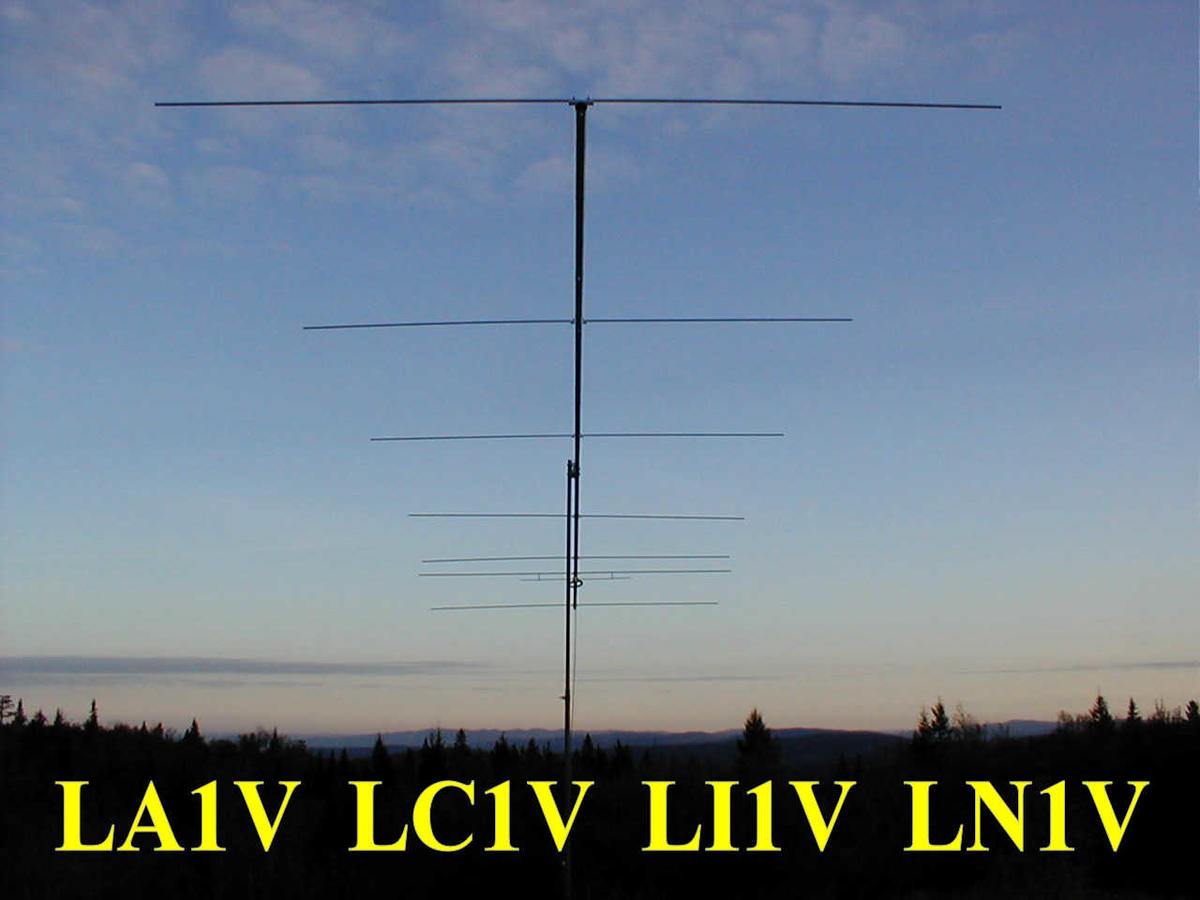 EU-055. Operators Holger/DH3RN and Benny/DH7RG will once again be active as LA/DH3RN and LA/DH7RG from Bomlo Island (WW Loc. JO29PS), Norway, between August 14-24th. PLEASE NOTE that due to the current COVID-19 situation changes can happen (watch QRZ.com for updates). Activity will be on 80-10 meters using SSB and FT8/FT4. QSL via their home callsign, direct, by the Bureau or ClubLog. 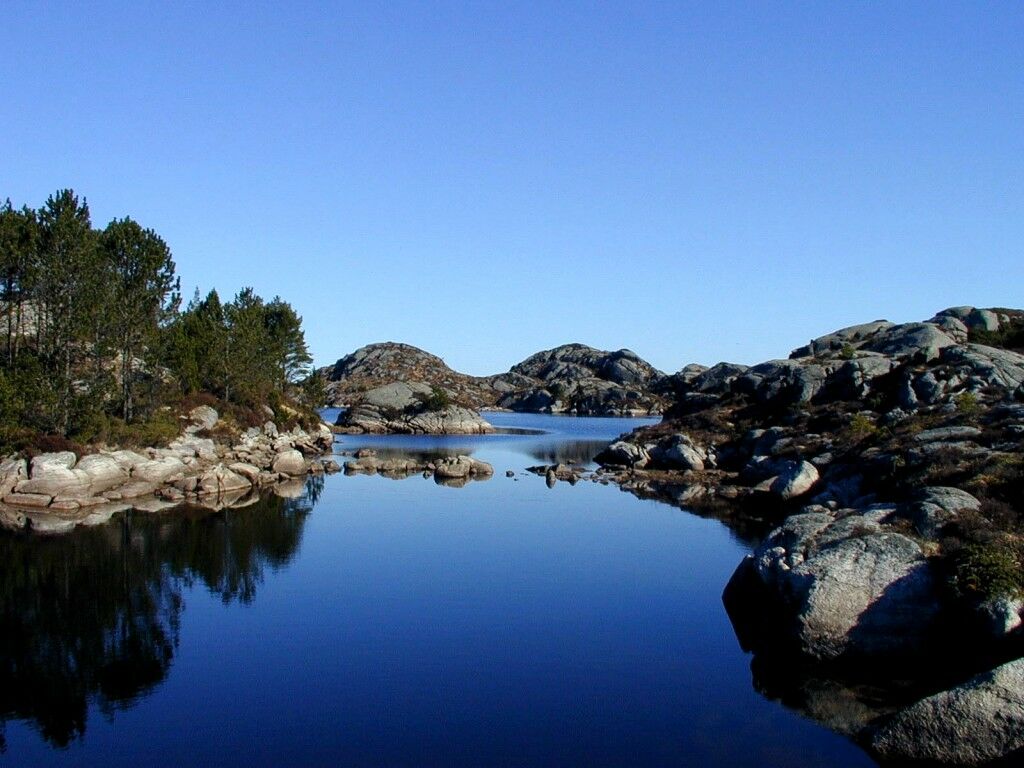 EU-107. Operators Gil/F4FET, Antoine/F5RAB and friends, who were expected to be active as TM7P from Petite Island during the RSGB IOTA Contest (July 25-26th), have canceled their operation «Due to the fact (COVID-19) that no multi station can be on air.» (See note about the contest below) 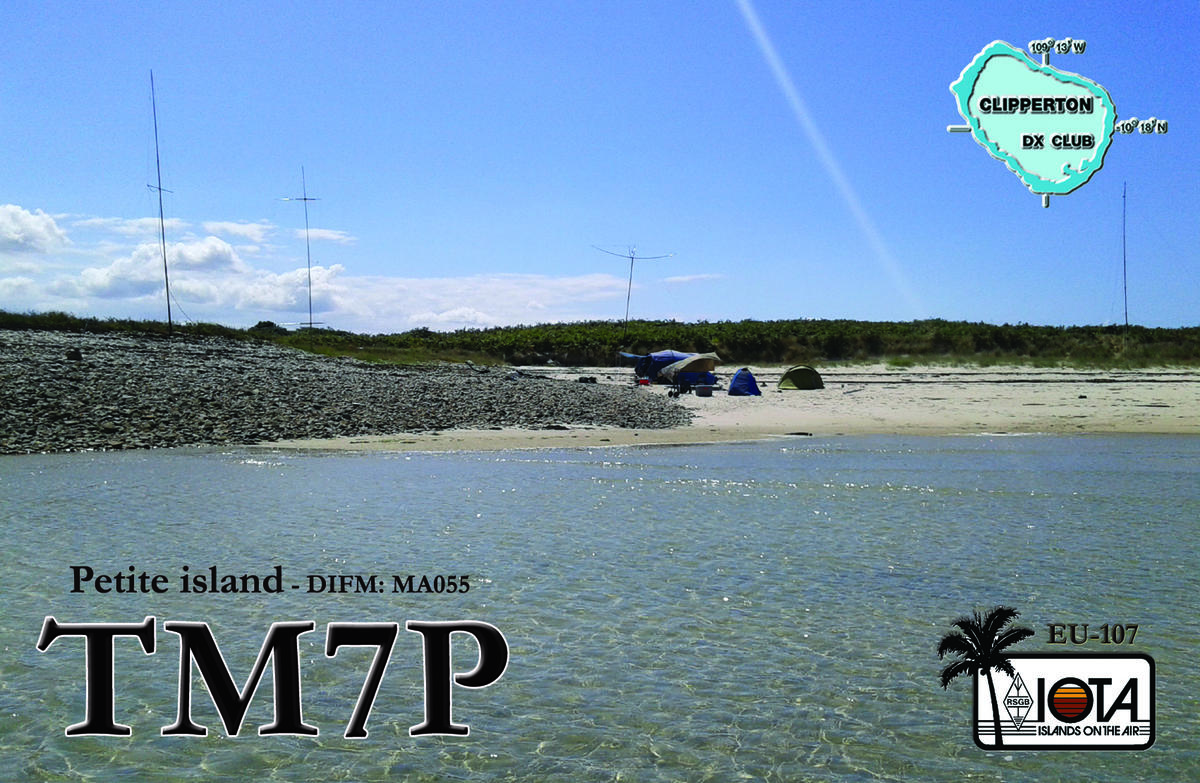 EU-111. Members of the Cray Valley Radio Society (G3RCV), who were expected to be active as GM3RCV and MM8C (IOTA Contest) from Ceann Ear in the Monach Islands between July 20-26th, have postponed their operation until 2021’s RSGB IOTA Contest. 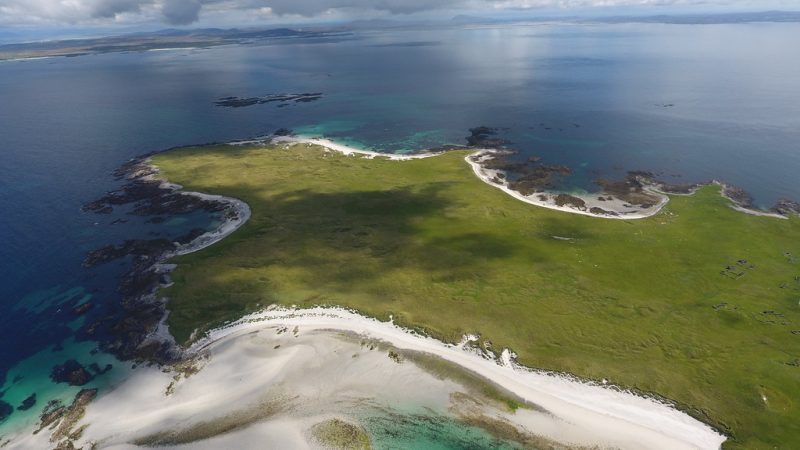 EU-117. Vasily, RA1ZZ, who was expected to be active as RA1ZZ/P from Bolshoy Berezovyy Island during the RSGB IOTA Contest, had to cancel his operation. 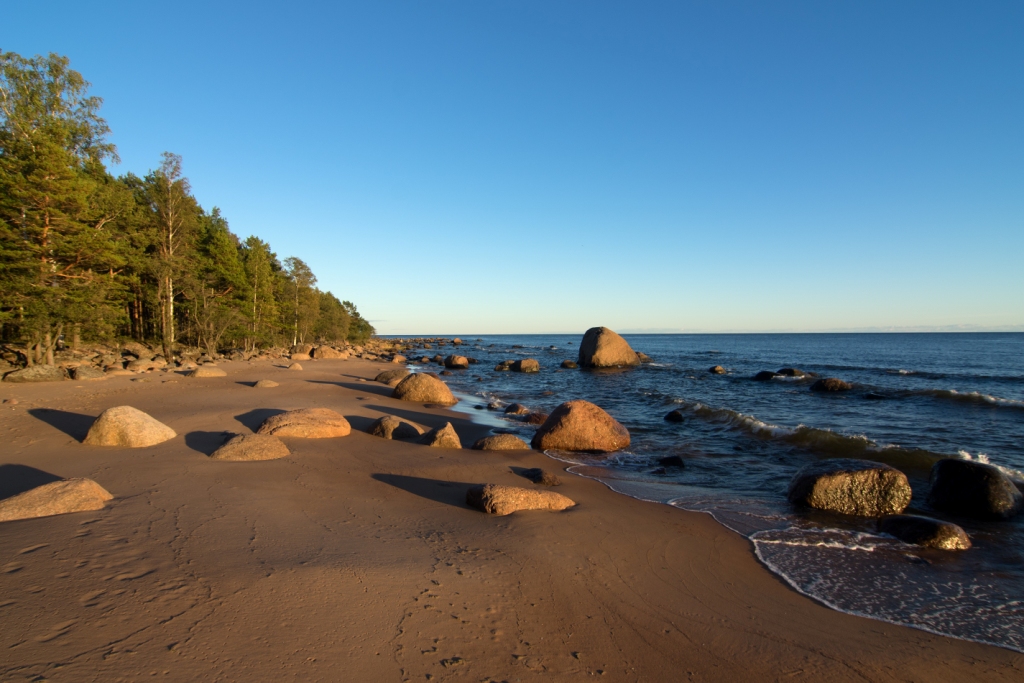 EU-133. Members of the Russian Robinson Club will be active from Gogland Island between July 23-28th. Operators mentioned are Mikhail/R1MJ, Yulia/R1CBL and Vitaliy/RA1AGJ, and will sign as homecall/P. They plan to be active in the RSGB IOTA Contest weekend (July 25-26th). Activity will be on 160-15 meters. QSL via their home callsigns.

EU-147. Vasily, R7AL, was heard active as R7AL/1 from Pezhostrov Island (RDA KL-14, RRA RR-02-96) this past week for a few days. The length of his stay is supposed to be several days and may be QRT by the time you read this. Activity is holiday style on 20/15 meters using CW with 100 watts and vertical antennas. QSL via his home callsign or ClubLog (preferable). ADDED NOTE: Vasily was also heard on Oleniy Island (EU-162) on July 9th.

EU-165. Emil, DL8JJ, will be active as IS0/DL8JJ from Foradada Island on July 18th. This will be the first activation ever. Activity will be on 40-10 meters using CW and SSB. QSL via his home callsign, direct, by the Bureau or LoTW. ADDED NOTE: Emil will also operate as IS0/DL8JJ/M from Sardinia Island (EU-024) between July 16-25th. 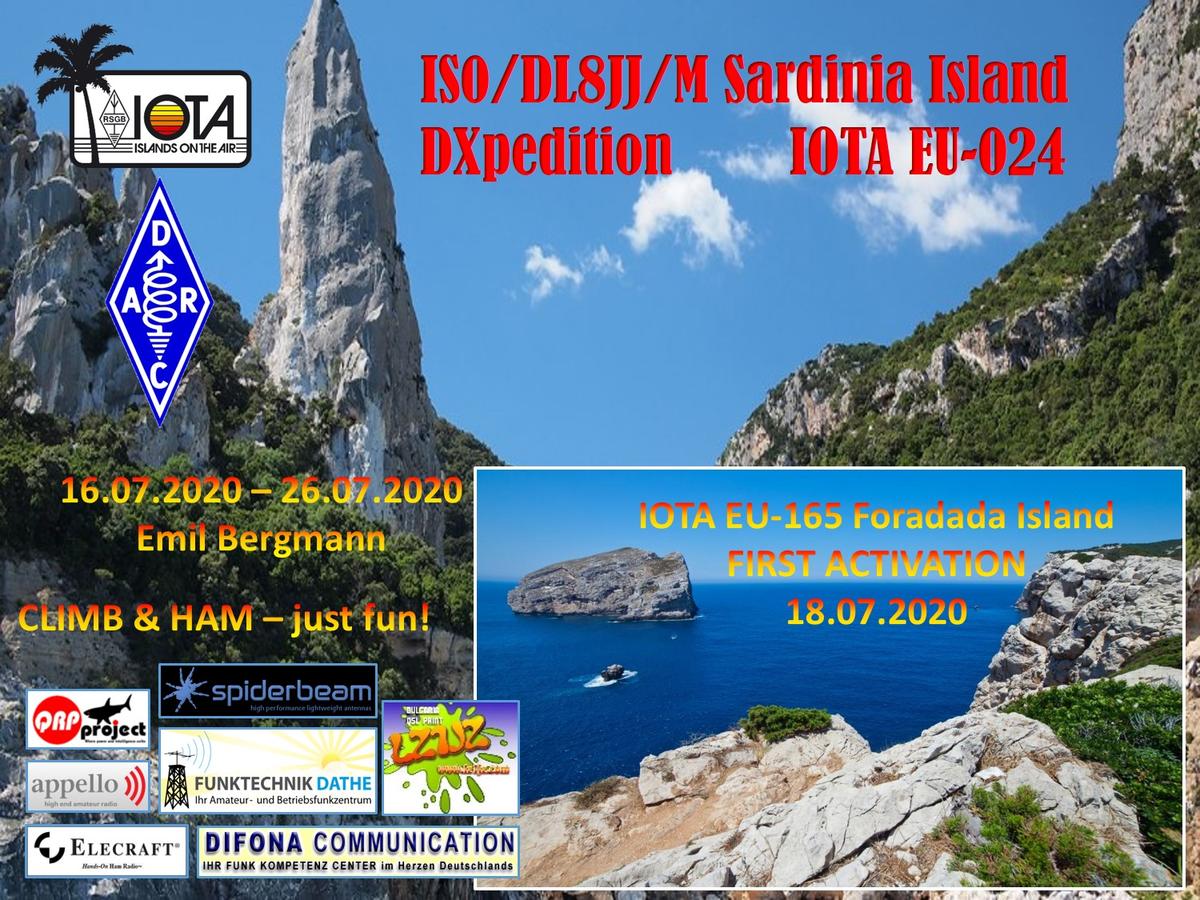 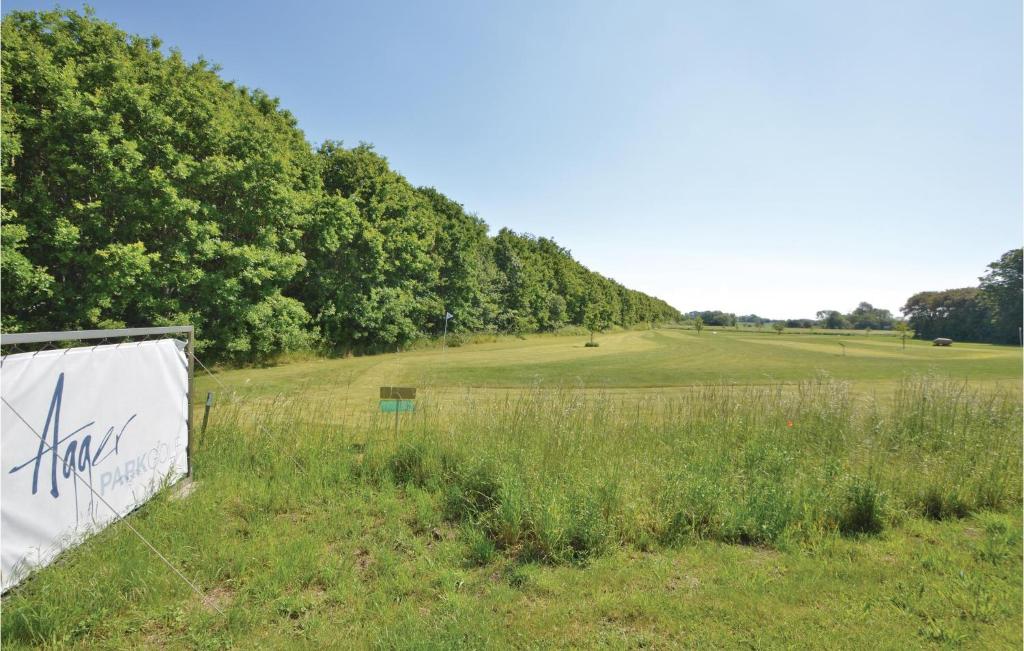 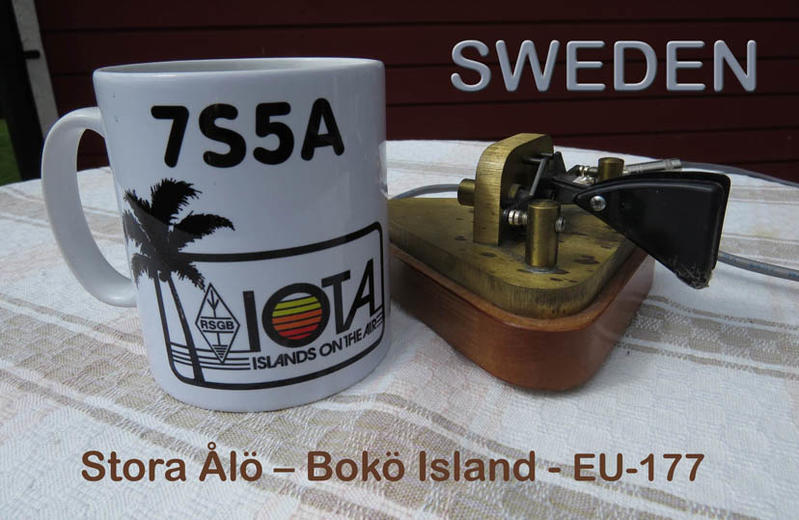 NA-014. Operators Len/VE9MY and XYL Linda/VE9GLF will be active as VE9MY/p and VE9GLF/p from Grand Manan Island between July 12-18th. The duo plans to activate 6 World-Wide Flora & Fauna (WFF) references. Activity will be on 80/40/20/17 meters using SSB. QSL via their home callsigns, direct or by the Bureau (preferred).

OC-139. Grant, VK5GR, on July 12th, updated the following on his upcoming VK5KI Expedition to Kangaroo Island between July 13-18th [edited]: «Final preparations for the VK5KI expedition are complete. We have confirmed with the owner and the weather for the ferry crossing looks excellent. With luck we will have fine weather in the afternoon and get all of the antennas up tomorrow. If all goes well we should appear on air, most likely on 40m first sometime tomorrow night our time. Watch the DX Clusters and out Clublog live feed for details.» For more updates/details, see Grant’s Web page at: https://vk5gr-iota.net 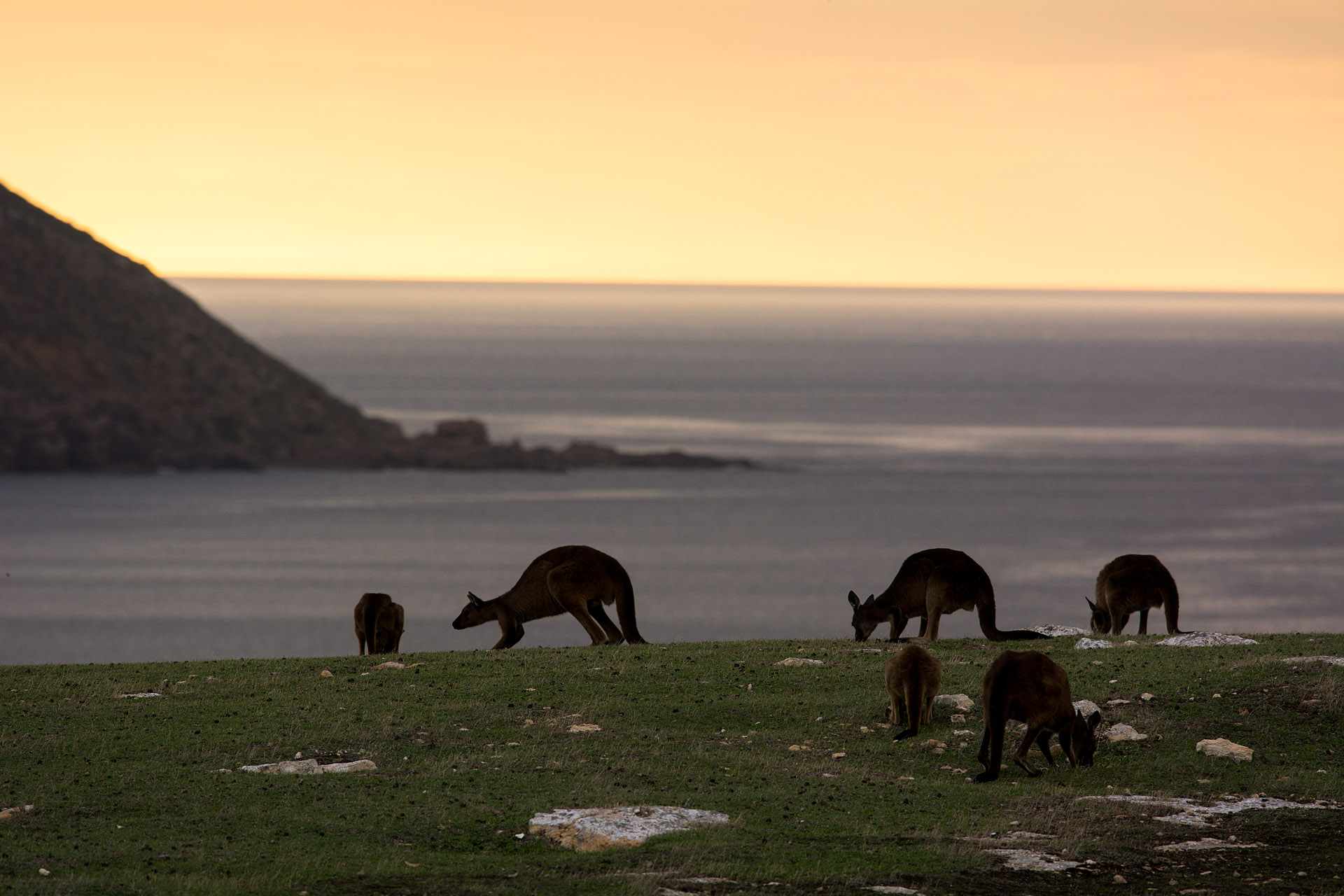 OC-228. Andy, VK5MAV, reported on July 8th, that he is completely disappointed with the position of the Department of Nature for South Australia, which manages/controls access to the south Australian islands. However, Andy stated that he has «only one last option — very light, time and conditions limited, no night activity from Granite Island.» So during this past weekend (on July 12th), Andy planned to do a test visit on Granite Island sometime between 0100-0600z on 20/15 meters using CW with 100 watts into a GP and on battery power. He hopes to give someone a new island contact. Remember, Andy plans to activate Granite Island as VK5MAV/p for the RSGB IOTA Contest (July 25-26th). Activity will be CW only. QSL via ClubLog’s OQRS. NEW FLASH: Just before going to print, Andy sent out the following on July 12th, 8:02 AM (EDT): «If you tried to contact me but with no success — it’s still a hope. If the weather will let me — I will try again next Saturday or Sunday. Participation in IOTA Contest would be pointless as today’s activity demon-strated. My signal was very weak with such setup, especially during daytime. But in general — it was sad event. 7 hours, 150 approximately QSO — not important (for me, but for someone who has got a new island — completely different:-)) Tomorrow I will upload the log to ClubLog and IOTA Committee. As already written — there will be no cards. Well, if anyone needs it badly — my usual card with a sticker. However, I didn’t expect anything else, GP 20/15, ‘radials’ — copper wire into the water. 100 watts, battery powered. No tent, no shelter, no normal table/chair. The toilet is far away. Ward tea — in a thermos brought by me. Temp was + 12, windy with drizzle. I was lucky at least the rain did not happen. That’s it for now, folks 🙂 …. Cheers. Andy VK5MAV.» ADDED NOTE ABOUT THE RSGB CONTEST (July 25-26th): Per the RSGB Contest Committee, the IOTA Contest this year is exclusively for Single-Operators using their home stations, and only «Single Operator Fixed Island» stations and «Single Operator Fixed World» stations will be eligible to enter. Full details of the IOTA Contest, including the rules, can be obtained from the RSGB at: https://www.rsgbcc.org/hf/rules/2020/riota.shtml

PLEASE NOTE: Since the Webmasters of the new have decided NOT to post or dedicate a Web page to announce upcoming IOTA operations, PLEASE send your IOTA operations information to the OPDX, and we will post it here in an upcoming bulletin.