AS-025. Operators Valdimir/RV1CC and Yuri/RM0F will be active as RV1CC/0 and RM0F/P, respectively, from Iturup Island beginning August 15th. Activity will be on various HF bands. QSL via details on QRZ.com.

AS-206. Take, JA8COE, will be active as JA8COE/0 from Sado Island between September 22-24th. Activity will be on various HF bands using CW, SSB and FT8. The focus will be on EU and low power NA stations. QSL via his home callsign or ClubLog’s OQRS. For updates, watch his Blog at: https://blog.goo.ne.jp/takaja8coe

AS-206. Kenji, JA4GXS, will be active as JA4GXS/0 from Sado Island, in the Honshu’s Coastal Islands East IOTA Group, between October 26-28th. Activity will be on 20/17 meters using CW and FT8. QSL via his home callsign, direct or by the Bureau.

AS-206. Ichy, JH7IPR, will be active as JH7IPR/7 from Oshima Island «before noon» (JST time), August 9th, and «around noon» (JST time) on August 10th. Activity will be focused on 40/20 meters using FT8 with some CW. He states, «However, if 6m opens, will work on 6m. Will be active on CW accordingly. Depends on the situation, I might extend one more day.» QSL via the Bureau; ClubLog will be available once the system accepts the
log upload (It seems to have 30 day rules for the newly validated IOTA#). 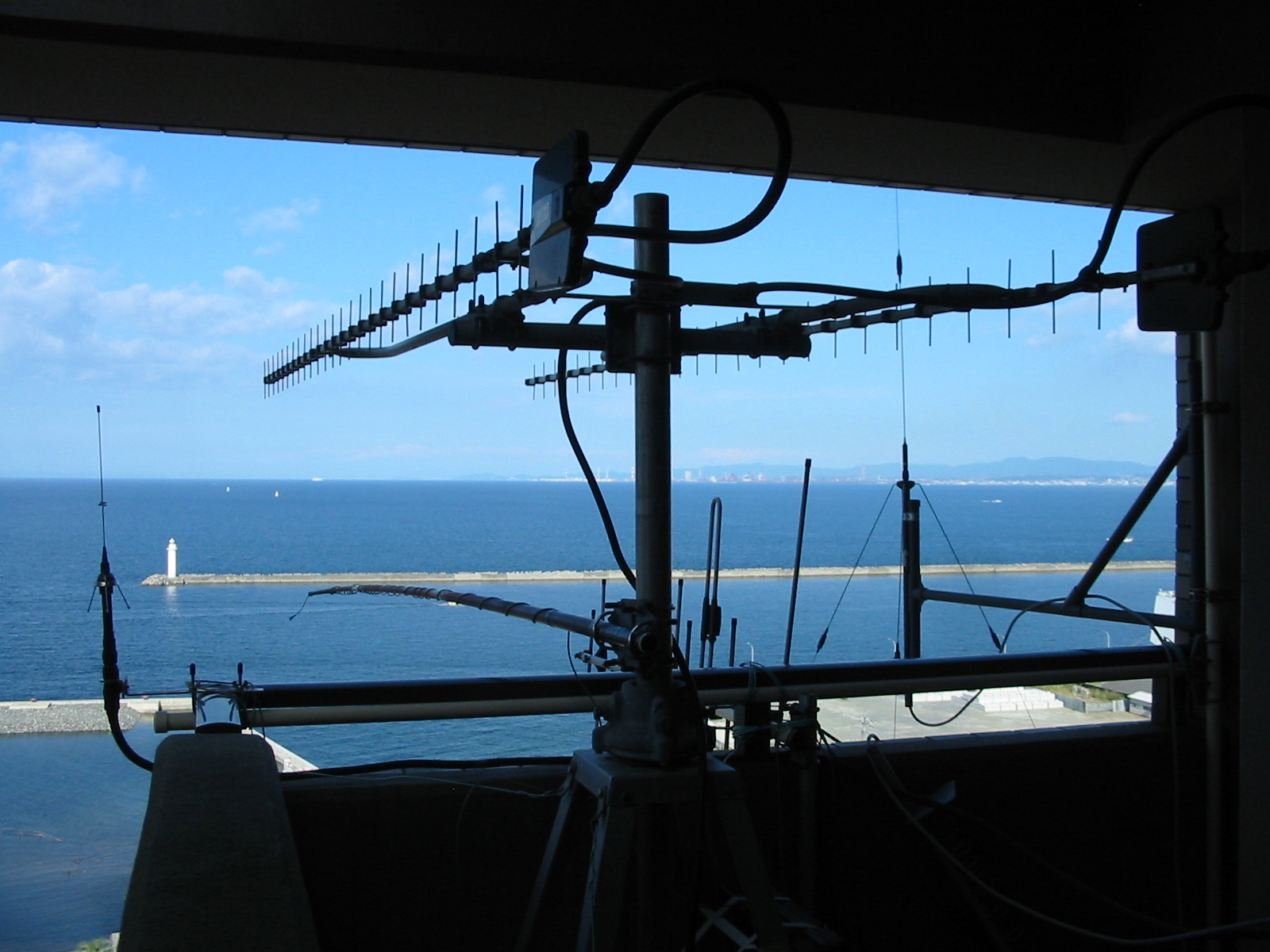 EU-191. Operators Da/YO3GA, Mircea/YO4GKP, Alina/YO9RYJ, Petrica/YO9RIJ and possibly others will be active as YP0F from Fericirii Island between August 27th-September 1st. Activity will be on 160-10 meters using CW, SSB and FT8. QSL via YO9RIJ. 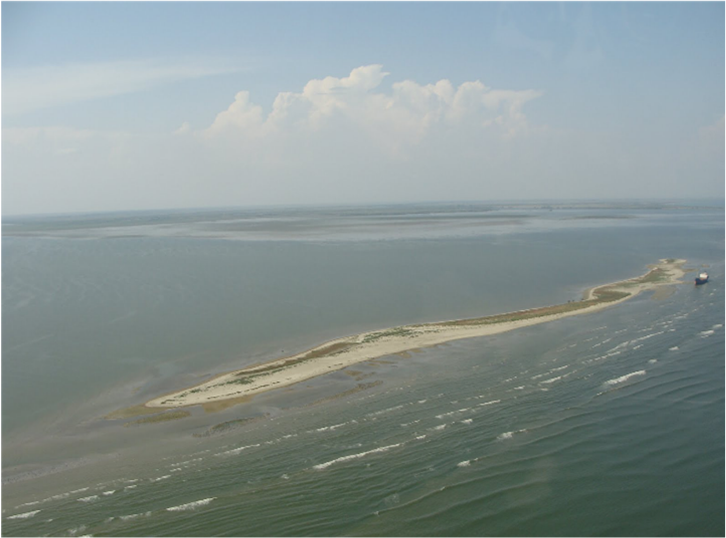 NA-008. (Zone 2) VY0ERC is once again active from the Eureka Weather station and the Eureka Amateur Radio Club [probably the most northerly located amateur radio club in the world] from Eureka Nunavut, on the air until August 20th. A list of the operating team was not provided. The suggested bands are 40 and 20 meters (possibly 80m), as well as FM satellites (from ER60, EQ79) using SSB, the Digital modes and very slow CW. Activity will be limited to his spare time. QSL via M0OXO, OQRS or direct.

NA-210. (Update) Members of the Russian Robinson Club are planning to activate Sledge Island as KL7RRC/P between August 27th and September 2nd. Operators mentioned are are planning to activate Sledge Island as KL7RRC/P. Operators mentioned are Mike/AD5A, Yuri/UA9OBA and Yuri/N3QQ. Activity will be on 40-6 meters using CW, SSB and FT8, with possibly 2-3 stations. FT8 will be on 24/7 as a beacon on two bands F/H mode. QSL via N7RO or ClubLog (will be uploaded after the expedition). A Web page is now available at: https://www.na-234.com

NA-211. Operators Yuri/N3QQ, Cezar/VE3LYC, Sandro/VE7NY and Adrian/KO8SCA will be active as K7TRI from the rare IOTA Tillamook Rock between September 6-9th. This IOTA is in demand by almost 94% of IOTA members, and has been on the air only once in 21 years. Activity will be on 40-17 meters using CW and SSB. This is a very expensive and challenging project, and they are actively looking for possible support from IOTA chasers and DXers at large. All donors will be promptly acknowledged on their Web site at: http://k7tri.weebly.com QSL via VE3LYC, direct or by the Bureau. The preferred method is ClubLog (for direct or by the Bureau).

SA-100. (Update) The current list of operators of Diego/CA1DBD, Fernando/CA1FCS, Juan/CE1DN, Sergio/CE3WW, Zoli/HA1AG, Nando/IT9YRE, Carlo/XQ1CR, Claudio/XQ1FM and Danilo/XQ4CW, will be active as 3G1DX from Pajaros Rocks for 3 days sometime around October 18-23rd (plan is October 18-20th). This will depend on the swells around the island. They plan to work hard during the day hours, but they are not sure during the evening hours due to the high tides. Activity will be mainly SSB and CW, using two stations. Pilot station is Alfio/IT9EJW. QSL via IT9YRE — OQRS preferred . For more details and updates, see: http://www.it9yre.it/3g1dx
PLEASE NOTE: It is very hard and dangerous to land on the Rock so please absolutely do not dupe the QSO !

Restructuring of AS-117/AS-206. On the IOTA Web page (iota-world.org), Roger, G3KMA, on July 30th, posted the following: Islands previously listed as qualifying for AS-117 that now fall within the co-ordinates box of the new group AS-206, Honshu’s Coastal Islands East, have now been transferred and are listed appropriately both in the application database scroll-down list and in the IOTA Directory online.

Following several activations from AS-206 in the last few weeks with most already accepted for credit, the group number is now confirmed. Record-holders with credits for AS-117 that commence with prefixes JA0, 1, 2 and 7, will have their credits reviewed for transfer to AS-206. All chasers who logged into the IOTA system at least once during the last two years will be automatically informed by a credit re-allocation. This will alert them to the need to find a replacement card or QSO match for AS-117 with a prefix JA3, 4 or 9 to regain credit. Other record-holders for whom Management no longer retains an email address will have any necessary transfer made automatically. The intention is to transfer all credits to the correct IOTA group within a few weeks. As this is quite a big job, patience is requested.